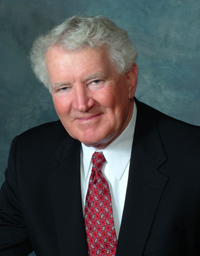 Mr. Wright has practiced law for 40 years with the same firm. He served as Chief Deputy Prosecutor from 1971 - 1975 and as Prosecutor from 1997 through 2006. He was the attorney for Vigo County, Indiana and attorney for various governmental agencies. He currently limits his practice to personal injury cases, general litigation, mediation, government and creditors rights.